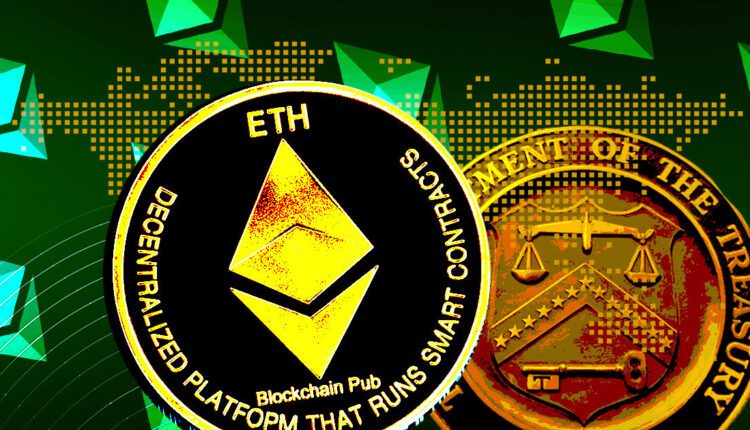 As the Office of Foreign Assets (OFAC) compliance levels continue to increase on the Ethereum blockchain, a researcher for Scroll ZKp attested to the fact that a censored transaction will still confirm faster on the ETH chain as opposed to a Bitcoin (BTC) blockchain transaction.

If 99% of Ethereum validators were OFAC compliant, a censored transaction would still confirm faster than a Bitcoin transaction.

An Ethereum (ETH) block occurs every 13 seconds on average and hundreds of blocks are being validated hourly. Should ETH validators become 99% OFAC compliant, transactions will take an average of three hours — but will still be included in blocks.

Data from inclusion.watch allows visitors to adjust the level of censorship/compliance on the Ethereum network to ascertain the time for a block that is censored by MEV-boost relays to be included in a block.

As of press time, the average percentage of OFAC-compliant blocks produced has reached 77.82% meaning that it will take over seven minutes for a non-compliant transaction to be included in a block with absolute certainty.

Justin Bons, the CIO of Cyber Capital, contended that a Bitcoin block can take over an hour to process, while a block occurs every 13 seconds on Ethereum. However, the average time to produce a block on Bitcoin has not broken 12 seconds in the last quarter as stated by CryptoSlate’s Akiba in the post below.

I mean it *can* take hours on BTC but that’s an outlier.

The fact that at 99% OFAC complaint a txs will still be included with 99.99% certainty is super impressive!

That’s doesn’t mean it will be faster than BTC still though… got to be accurate here. pic.twitter.com/XdIRpsq7YI

By using the newly created inclusion.watch, which builds on the infamous MEVwatch website,  it is possible to review the inclusion probability per number of blocks on a 99.08% OFAC-compliant ETH blockchain.

As seen in the below image, should Ethereum reach 99% compliance with OFAC sanctions, it will take 3 hours and 3 minutes to be sure of a transaction’s inclusion in a new Ethereum block.

Therefore, the argument that Ethereum would still be faster than Bitcoin even if 99% of the network was censored appears to be a falsehood. Outlier blocks on the Bitcoin network may be processed slower but the average time to create a block is much lower.

What is impressive, as Akiba noted, is that even at 99% censorship, Ethereum will continue to process censored transactions within four hours. The argument that Ethereum is censorship resistant is hard to challenge under this revelation. However, were transactions from Uniswap, Aave, or 1inch a part of the 1% then a 3-hour settlement time would cause serious network issues.

Get an Edge on the Crypto Market 👇

ETH supply shifts back to inflationary

How did the FTX collapse impact the Web3 gaming industry?